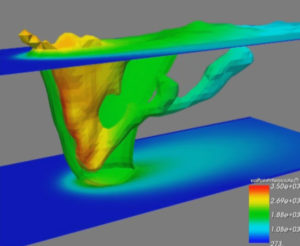 Over the last couple of years the simulation of production processes has gained importance as a tool for industry and academia. In academia simulations provide researches with the ability to study the influence of individual parameters on the process to gain a better understanding of the process itself and its stability. In industry simulations have become an important tool to design and optimize production processes.

The “Simulation and Modelling” group at the Institute of Photonic Technologies develops tools for the simulation of laser material processing for academia and industry. At the core of these tools stands a continuously developed model for laser material interaction. Based on first principles this model includes optical phenomena such as absorption and reflection of the laser beam as well as the material response e. g. heating, melting, evaporation and solidification of the material. This allows not only the prediction of processing results, but also gives information about experimentally not accessible quantities such as temperature and pressure of the vapor, melt flow beneath the surface or local energy balances. This requires a deep understanding of the physical phenomena during the interaction between laser and material as well as the creation of mathematical models and their numerical implementation.

In addition to the interaction between laser and material external factors such as the powder-bed and the cover gas flow play an important role in additive manufacturing. In order to study these effects the group developed a toolchain which allows the simulation of the powder-bed based laser melting process from powder spreading to the whole part. 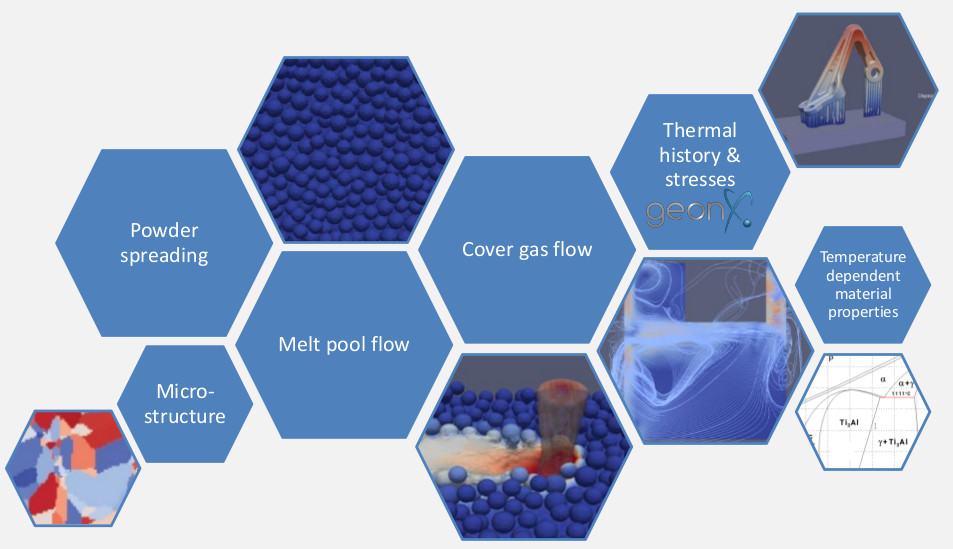